The measures taken in France to control the Covid-19 outbreak have resulted in the cessation of many production and distribution activities. Business is at least severely slowed down for many companies, if not suspended.

Yet contracts, be they lease, credit or distribution agreements, continue to produce their effects as a matter of principle.

With a few exceptions such as tourist travel contracts, the numerous orders (ordonnances) issued by the French Executive under the state of health emergency do not affect the manner in which contractual commitments are carried out. The parties to a contract remain bound by the obligations and deadlines initially agreed upon.

However, it is imperative in many situations to mitigate, suspend or even terminate commitments that can no longer be met due to the current outbreak.

French contract law allows the parties either to no longer perform their obligations or to adjust them when certain conditions are met. The epidemic has brought the concepts of force majeure and defense of non-performance to the forefront. These mechanisms can be used to attempt to resolve temporary or definitive impediment to perfom:

Nevertheless, the true challenge for company executives and managers is to act before such impediment to perform occurs.

The defense for risk of non-performance set out in Article 1220 of the French Civil Code is an original and very useful mechanism. It enables the parties to anticipate difficulties and to take action even when the signed contract has not yet been put into effect.

The defense for risk of non-performance allows a party, before any commencement of performance of the contract, to suspend such performance if it is already clear that the other party will not perform its own. The French Civil Code specifies that the consequences of this non-performance must be serious.

For example, a seller may suspend the delivery of goods under a sale contract if (i) it is clear that its customer will not be able to pay the purchase price and (ii) if this non-payment is sufficiently serious for the seller. The seller will then simply need to notify its customer of such a suspension and mention the reasons justifying such measure in order to give its customer a chance to react.

In practice, one of the major interests of this mechanism is to get a means of pressure to obtain guarantees of performance from the other party. When these guarantees are provided, such as a payment guarantee from a parent company, the parties are reassured and can resume the performance of their commitments.

This very particular period of health emergency is marked by an imperative need to find negotiated solutions. The parties to a contract should do their utmost to reach an amicable agreement on how to fulfil their commitments in times of crisis. To do so, the defense for risk of non-performance mostly allows them to strengthen their commitments with appropriate and much-needed guarantees.

Article 1220 of the French Civil Code:

“A party may suspend performance of its obligation if it is clear that its counterparty will not perform its own when due and the consequences of such non-performance are sufficiently serious for it. Such suspension must be notified as soon as possible.” 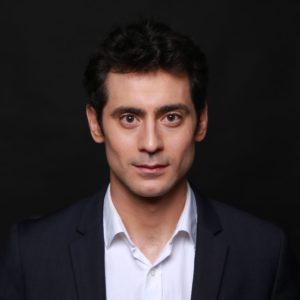